Hard Chrome Plating is commonly used for the rebuilding of worn parts such as axles, piston rods, rolls.

Passivation is a commonly required process for products manufactured for the medical, electronics..

ACME Surface Dynamics, Inc., was founded as ACME Hard Chrome in Alliance, Ohio, in 1953. Lester P. Miller set up his fledgling business in a building that had once housed one of the earliest Greek Orthodox churches in the area. Today that building houses part of the plating facility in a much-expanded business.

During those early years, ACME also did some plating work in copper, zinc, cadmium and nickel, but it was soon determined that hard chrome was the preferred process, and the other metals were discontinued. The first of several additions was undertaken in 1964.

We invite you to watch this 2 minute profile of ACME Surface Dynamics Inc., read more 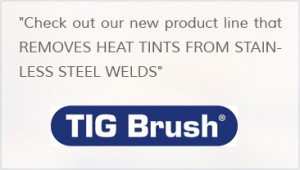 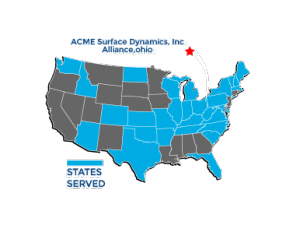 Satisfied customers from more than 30 states across America – North, South, East and West – come back again and again to ACME Surface Dynamics, Inc., for quality and service they can trust.

Acme Surface Dynamics, Inc. is a Featured Supplier on IndustryNet